This week’s Idol Competition only had two judges commenting on each performance at a time to prevent last week’s debacle of the show running overtime. What is it did not prevent was another home run performance by Adam Lambert and stellar performances from Allison Iraheta and Kris Allen.

Prolific Film Director and Producer, Quentin Tarantino, was guest mentor to the Idols. Tarantino is an American Idol fan and has been a guest judge in previous years.

Iraheta sang “I won’t Miss a Thing” from Armageddon. She received high praised from Simon Cowell and Paula Abdul. She was touted as the girl’s best hope to end up in the finals. The sixteen year old has gained a reputation for a voice and stage presence well beyond her young years.

Allen sang the song “Falling Slowly” from the movie Once. He received high praised Kara DioGuardi but not from Randy Jackson. I agreed with DioGuardi that Kris actually gave one of his better performances of the season.

Lambert gave a powerhouse performance of “Born to Be Wild” from Easy Rider.” It was classic Lambert. He exploded on stage and his vocals were pitched perfect. Simon did not like the showmanship but loved the vocals. The rest of the audience went wild. He is a born entertainer and I just want this competition to be over so he can be making records and throwing his own concerts. 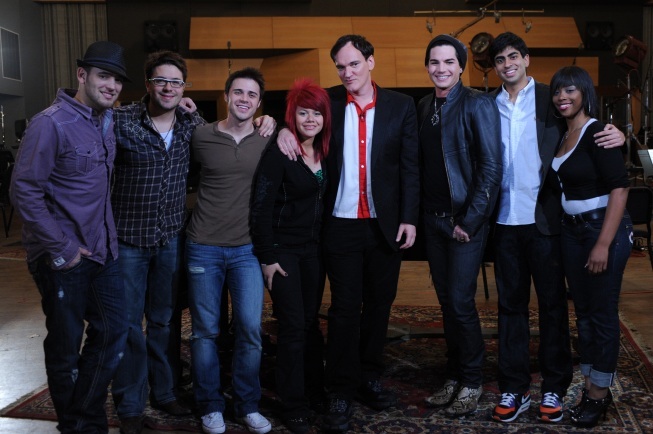