When I Needed A Father 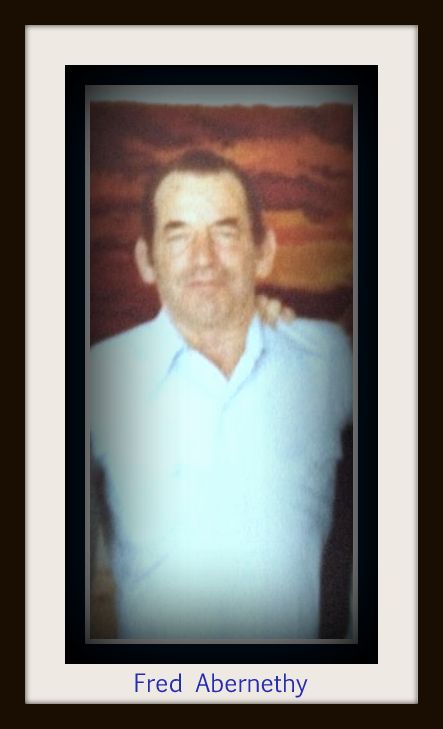 On February 28th,  Fred Abernethy, turned 90 years old.  This rough hewn man from Oklahoma who was an iron worker and cowboy came into my life when I needed it. I was to write something for his birthday before it happened.  I was not able to , mainly because I could not formulate the words. I did not know how to put into words what was in my heart.

Funny, when his son Gene brought me home from college to meet him and his wife Dee, I was automatically intimidated by him.  I associated his gruffness and directness in my psyche with the history I had with physical abuse and bullying that I experienced in the past. It was what I knew It was hard to warm up.  It was hard to formulate words back then too.

I found that those characteristics aren’t automatic precursors to those actions.

I was so new to Utah, Mormon culture, and being thousands away from my home, Guam.  I was a new church convert.  I was a minority.  All this played in my head.

Yet, what I found was acceptance from Fred. Through all that roughness he conveyed, was a heart,  where in his own way he showed me he cared and eventually treated me like a son.

I actually adopted my own name for him , Papasun that was coined from another friend from Guam for him.  It was my special name for him.

My own father was slowly deteriorating at home from a form of ALS and he would eventually die in a  few short years. Fred began to fill in as dad for me in very important ways. He and his wife were stable parental figures who I could lean on and rely on.  Their own spiritual journeys were very real and human. I related to them. I felt loved.

Fred cooked the best breakfasts.  I called them real manly man breakfasts.  To this day, breakfast is my most favorite meal and it has to be made in someway like he made it.  I loved the way he laughed at his own off color jokes.  There is nothing like that twinkle in his eyes.

He worked hard. That was his life. He was the epitome of the American worker.  I reminds me of my grandfather Leddy who never was afraid of hard work.  Fred did do hard breaking work.

He really introduced me to the love of the west, cowboys and horses. I appreciated the role of the Pony Express in our history.  He only cemented my love of country with his own veteran experience. I learned so much about 5th wheel camping and there are some things great about the desert…well some things.

He has always accepted me despite the changes in my life, coming out and going through a divorce.

Papasun, I am sorry I am late in wishing you a happy birthday.  I hope you read this message.  Thank you for taking that 18 year old Guam boy into your home and making him your other son.  You made a difference in my life that still resonates today.

I do miss your breakfasts.  🙂