Have you ever seen an entertainer so mesmerizing that you simply cannot take your eyes off them.  It is as if fairy dust was sprinkled on you and you were put in a trance. That was what I felt like when I saw Sal-E for the first time live on Stage at “The Stud” in San Francisco  when the Chicago based Feast of Fools Podcast was doing one of of their live “Meet and Greet” road shows there.  Sal-E is a regular on the Feast of Fools Podcast. 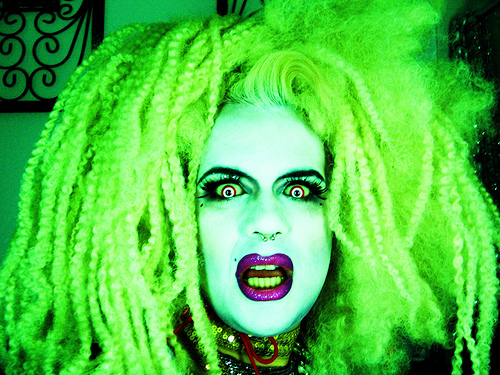 The following is his Bio from the Feast of Fools web site:

Sal-E works ferociously as a cosmetologist at Milio’s Hair Salon in Chicago, Illinois. Born and raised in Chicago’s northwest-side he quickly developed a reputation for creating original costumes that are inspired by found objects and result in a wide variety of looks. From a psychedelic baroque monarch to a heroic comic book figure Sal-E is one of the most requested nightclub personalities and is seen everywhere on extreme make-up photo galleries.

His message is one of dressing the part and living the life of self-empowerment, color and simply having fun. One could mistake his abilities to transform himself on a daily basis as mutant shape-shifiing, but it’s all in the skill of his hands and make-up box.

A regular contributor to the Feast of Fools, he’s well known across the internet as a folkloric figure of the Club World and of the urban nightlife experience. 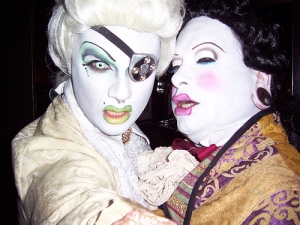 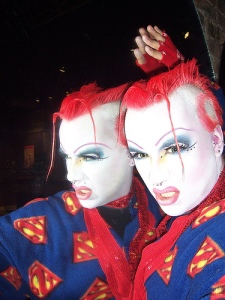 My personal opinion is that Sal-E is so beyond a drag performer or even a traditional entertainer.  I believe he is a living work of art. His make up and the intricacies of his costumes speaks to a creative mind that is so far and above the the crowd that it is awe inspiring.  He takes odds and ends; and transforms them into clothing and a living canvas of art of his fac and body. 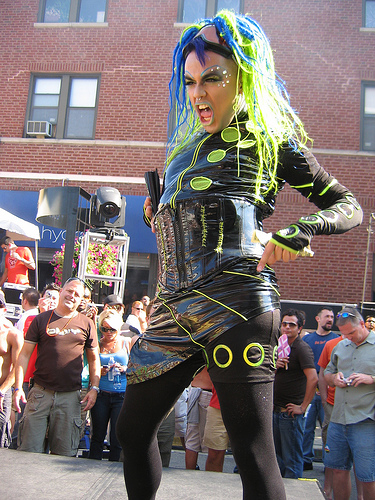 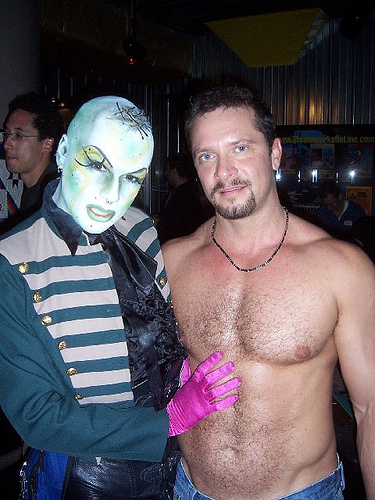 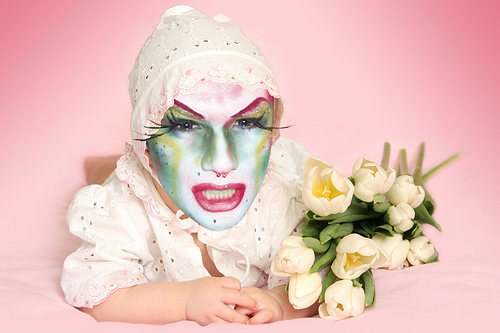 I hope that someone who has the means gives this talented man a larger stage to share his art with the world. He is a talent to be reckoned with, and if you are ever in Chicago and he is performing – catch his act.   Also, tune in to the Feast of Fools (http://www.feastoffools.net/) and search their archives for the shows he is in because you will find out that he is one nice and funny guy! 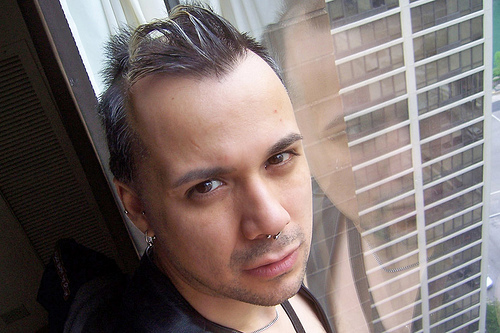