Torchwood – Third Season in the Making! 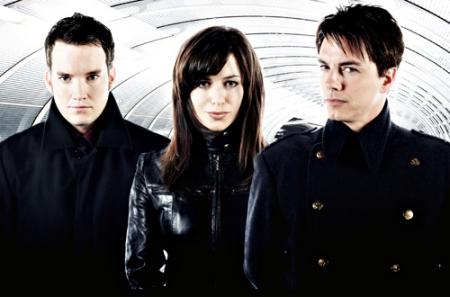 As the new TV season starts on most networks this September, one of the most exciting news that I have heard is that production has started on one of my favorite shows, Torchwood.   Torchwood is a BBC show and I watch it on BBC America.  It is now going on its 3rd season. 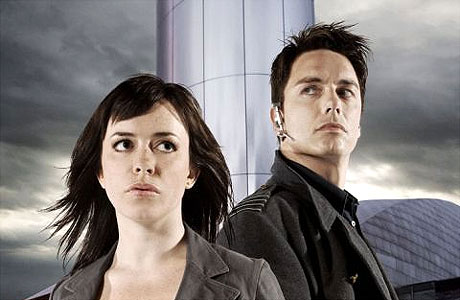 Torchwood is a science fiction show which is so character driven that it really goes beyond the typical genre. The stories tap into the human psyche and explore many very human questions.

The basic premise of the show is following the many adventures of Captain Jack Harkness, relishly played by John Barrowman, as a time traveler and a former con man of sorts from the 51st century. Apparently he was commissioned by a secret society, with ties to such personalities as Queen Victoria herself to protect the timelines against extraterrestrials whose interference in earth’s past (our time) will cause cataclysmic events of the future.

He has a cohort of misfit geniuses, polices officers, and others from the 21st century who assist him from a secret underground headquarters in the middle of London. There they house not only alien technology, but imprisoned aliens. Captain Jack is much older than he looks and he has had different teams during the years.  We find this out through many flash backs and flash forwards in some of the shows.

The show has a lot of humor but also has riveting drama. Last year’s season finale was heart wrenching when two show regulars died in the line of duty.

Torchwood’s writing is intelligent and entertaining, a rare commodity in the small screen today. It also pushes the envelope in areas like sexuality.  Captain Jack likes women and men.  Let’s say he is a more open minded Captain Kirk!

New cast members have been announced and I have included an article below from AfterElton.com that tells us all about it!  You should get the DVD of the first two seasons and watch them. I am sure you will love the gang from Torchwood.

Production on Torchwood Series 3 began this week and some casting information is starting to slip through that darn Cardiff riff.  Now that Russell T. Davies has left the mothership (Doctor Who) to focus on Torchwood, does that mean the show will be gayer and better than ever?  Sadly the casting updates don’t scream “left of center” so I guess we’ll have to wait for more plot information on Torchwood: Children of Earth to determine its level of homo.

In casting news: Joining the surviving members of Torchwood (Capt. Jack Harkness, Ianto Jones and Gwen Cooper) for the five-part Series 3 (to air in 2009), according to SciFi.com, are Brits Peter Capaldi, Paul Copley and Liz May Brice.

Capaldi, who’s appeared in Dangerous Liaisons, Skins and was Caecillius on Doctor Who last season, will play Mr. Frobisher, a civil servant who is hiding a terrible secret.  If he’s anything like Ted Danson’s Frobisher from FX’s Damages, he’s one scary dude. Copley (Nathan’s Dad on Queer as Folk BBC) will play some sort of “survivor” haunted by his past named Clem.  Liz May Brice is a “cynical covert government agent determined to expose Torchwood” and she can’t be trusted because she was one of the scary inmates on Bad Girls.

When I attended the Comic-Con panel last month, I was over the moon to hear that Davies was locked in a room somewhere in Wales banging out the first of five episodes.  Sure it would have been nice to see or meet him but I’d rather he was working on the show.  I can make concessions when needed.

While not much information was divulged it was great to see Barrowman make out with both David-Lloyd and Naoko Mori (RIP – Tosh), amazing to see the hotness that is Ianto Jones in person and banoodles to see a live duet from Miss Saigon.  The characters and the actors have captured my heart, locked it in the vaults and I like to think it’s being guarded by their pet pterodactyl.

Don’t forget that you can relive all the Season 2 greatness when the DVD’s are released in America on September 16th.  I’ve already pre-ordered … have you? http://www.afterelton.com/blog/4425

3 thoughts on “Torchwood – Third Season in the Making!”