Dance or Die – The Suicide of a Gay Youth

I was deeply moved by this short documentary I first saw on the Feast of Fools of web site (http://www.feastoffools.net/  ).   This was was made by a fellow fan of the show, Jim Leija , a filmmaker who captures the story of a young man who was an outcast in high school who committed suicide.  Leija won a scholarship in the young man’s name.

The film is based on a story that is included in a series of short stories found in a book called Queer and Catholic. 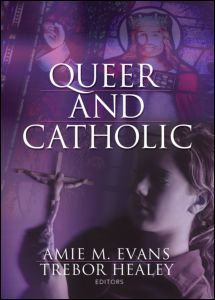 Suicide among gay youth make up a high proportion of  suicide deaths among teens.  Hopefully,  we can do our part to remove homophobia in our society and create acceptance to save our young people.