Tom Goss – His Music on the “Rise” 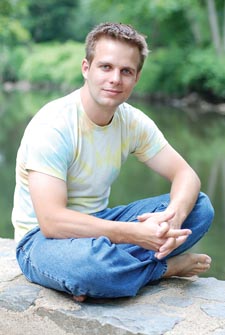 I have been meaning to write this post for a while after I heard this interview on the award winning podcast Feast of Fools (http://www.feastoffools.net/) in November. You can listen to the full interview by clicking on or pasting the following URL to your browser:

Out music artist Tom Goss’s song Rise just hit me with its powerful lyrics like a song has not touched me in a long time. I call it a song for our times. It is an anthem. It is pure inspiration. For me it was a revelation. I actually wept after listening to it, because it somehow told my story, too.

Rise
Verse 1:
Today your face, it slips away, but in a dream I’ll find.
Everything, worth wondering, truth to fuel this live.

Chorus:
Now it’s time to say goodbye, and to leave our skins behind.
Let the dusk, drain the sun and rise.

The video to this song has been in the spotlight this year on Logo.

So I decided to visit his website and listen to more of his songs. This man is a poet and storyteller. His portfolio of songs are heartfelt and grassroots, and in some ways revolutionary.

You feel like he has reached down into his core and then has brought that rawness out for all to hear and feel. That is the genius of his music and that is what keeps you mesmerized to it. Some of his music should be played in an open convertible driving on the Pacific Highway in California on summer day. His song “Come Around” is really good for that drive. Get the imagery. 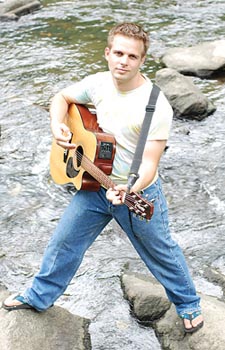 Some of his songs send you deep into your thoughts like a good story does where you get lost in some memory or emotion. “King of Something Right” fits that kind of vibe. 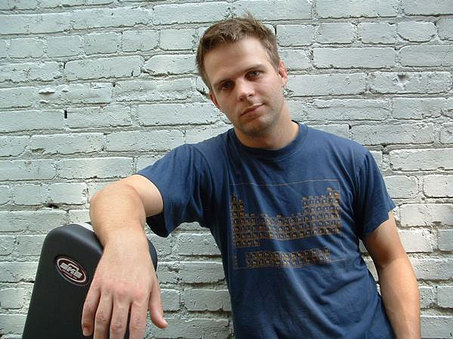 Tom Goss path to his current music success has not been easy as showcased in the Cover Story of the August 7th issue of Metro Weekly.

“Spend an hour with local troubadour Tom Goss and you’re bound to fall in love with him. The gay 27-year-old native of Kenosha, Wis., sports a sleepy smile and warm demeanor that is only complemented by his acoustic tunes about overcoming obstacles. But a knack for making people fall in love hasn’t always worked in Goss’ favor. It’s what led to a dark year and a half at a D.C. seminary and drove him away from his dreams of becoming a priest.

Before all that, fresh out of high school in 1999, Goss taught himself how to play guitar by attempting to play Dave Matthews Band material. Fast-forward to 2008 and Goss releasing a new EP, Rise, his first ”big-scale” national tour, and the release of his first music video. The video, which features Goss playing different versions of himself at different points in his life, using the D.C. Metro system as a backdrop, is getting heavy rotation on Logo’s video countdown.

When Goss isn’t performing, he works part-time for Charlie’s Place, an organization dedicated to empowering Washington’s homeless community. It’s a gig he maintained even while touring, thanks to the magic of telecommuting.

Now back home in the District, where he lives with Mike Briggs, his partner of nearly three years, Goss spoke with Metro Weekly about his struggles with the Catholic Church and how he found a different calling with the help of his acoustic guitar. “( Folk Confessional, by Yusef Najafi, MetroWeekly, August 7, 2008)

Goss is still working on his music and hopes to release an album next spring. There are many of us anxiously awaiting this music artist’s work and contribution. We need his voice and inspiration.

I can go on about the man and in his music. Visit his website. Listen to his music and embrace the artist. Like me you will become a fan.
The Tom Goss web site: http://www.tomgossmusic.com 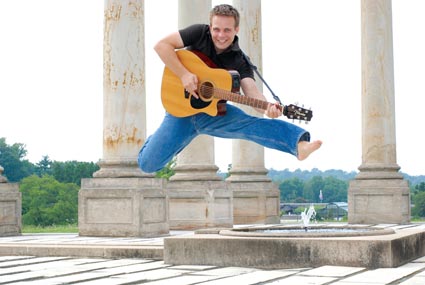 One thought on “Tom Goss – His Music on the “Rise””