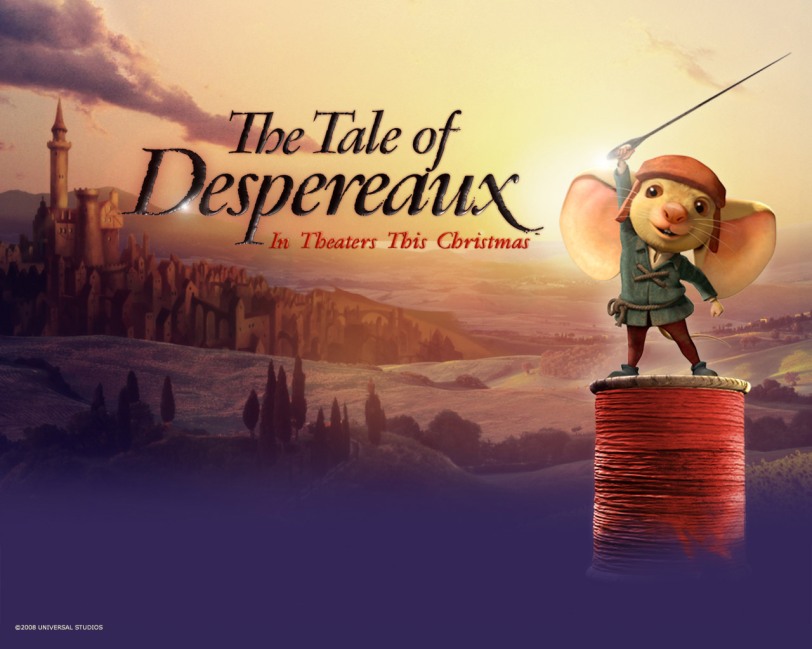 Universal Pictures “The Tale of Despereaux “is adapted into film as a Living Book.  The animation is exquisite and it enriches the story so well.  It is moving art.

The film is narrated all the way through and departs from the usual animation movie formula that is popular today that I know it will receive mixed reviews. I was one of those individuals that were enraptured by it.

The tale of a mouse with oversized ears, who was not accepted by his own kind, and who takes on a quest of bravery and courage and exiled to a world dangerous to his being was so full of imagery and substance.

The themes are definitely mature but the points are not missed by the children for their level of understanding as it is beautifully done in the movie. I felt I was a bedtime story being told to me.

Mathew Broderick adds voice to the lead character of Despereaux. He adds the right kind of wide eye curiosity and integrity that brings this lovable character to life.

I found this movie to be perfect holiday fare for the whole family. It is not the usual animated kind of movie. It definitely is different and better in other ways.