Celebrating 40 Years of Pride Since Stonewall

On June 28, 1969  a series of demonstrations took place at the Stonewall Inn in Greenwich Village in New York City that was cited as the first time gays and lesbian fought back against government sponsored discrimination. 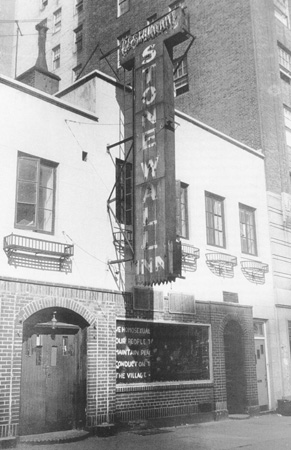 With Gay Pride celebrations reaching its pinnacle in June, a new video has been released commemorating that event and the legacy of activism and history of the gay rights movement for 40 years by the LGBT community.

There has been a lot of progess but we still are in the midst of the biggest civil rights movement of our day.  Let us remember those brave souls of Stonewall and carry on the fight for equality!

One thought on “Celebrating 40 Years of Pride Since Stonewall”