When you are a fan of someone and you have the opportunity to meet that person, it is pure magic. It is one of the best moments of your life.  Last night was one  of those moments.  I met Tom Goss.

Gary, my best friend, Chris, and another good friend Michael went to the Brainwash and saw Tom Goss perform with two other music artists Stewart Lewis and Jake Walden. By the way, the two of them were very impressive also.

My friends and  I were very observant of Tom prior to when he performed. He was very much in control of the whole process as he went around, setting up the equipment and doing sound checks. During the performances of the other musicians, he made sure that everyone was keeping to the time as he kind of directed off stage in a way. My friend Chris referred to him as the “Beyonce” of the trio.

Chris also noticed that Tom was easy on the eyes. Chris was like that. That kept his attention and then he expressed to me later that he thought Tom had a great voice too.

Hearing Tom sing live was such a treat. He sings from a place really deep in his soul which comes through more in his live performances.  He joked about his short stature a little during his performance but his strong voice was so powerful that it elevated him.

I must admit that I got choked up during his rendition of Rise and Til the End. Both songs moved me at different times of my lives that were pivotal and they brought back powerful emotions of those days. That is why Tom and his music will be forever stamped in the fabric of my life story.

Great music artists and songwriters do that. They write songs that we make a part of us. It is like how we are moved by great paintings, sculptures, poetry, photographs, or other art.

When I said Hello after the concert to Tom briefly and gave him a hug, I was probably just another fan to him.  To me, I met someone who truly contributed to the enhancement of my life. Thank you for sharing your voice and art, Tom. 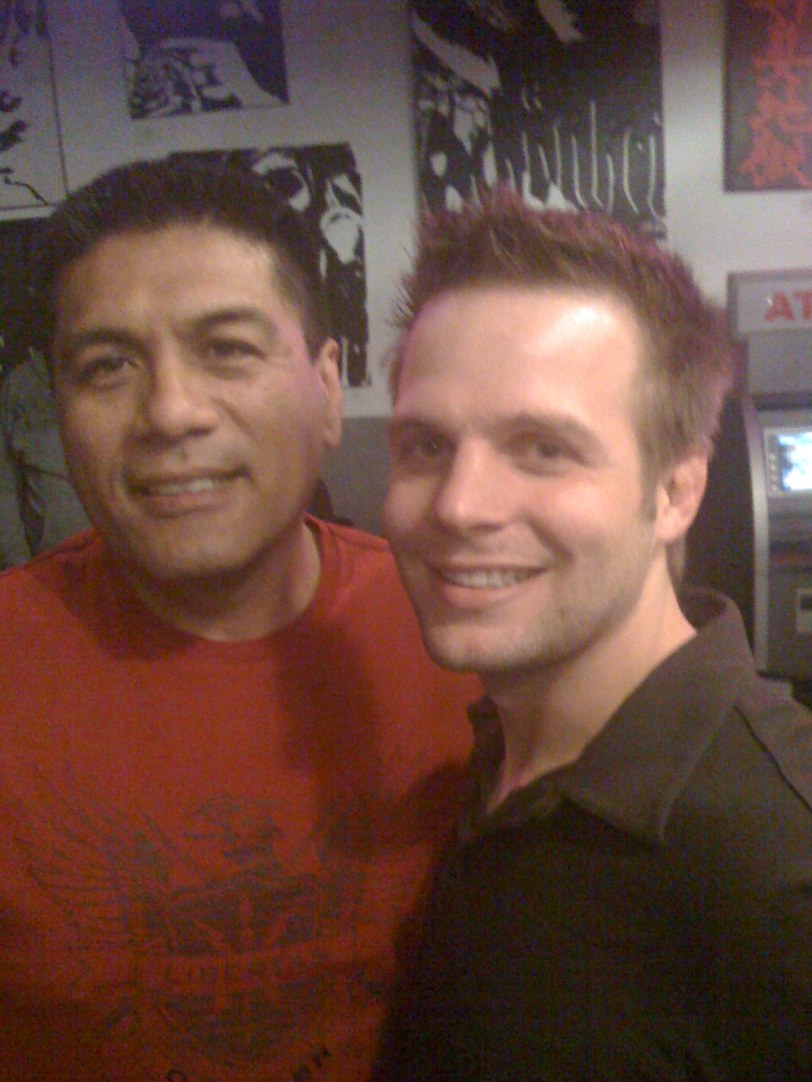 Tom and I Photo by Gary Benz

Thank you also for your invitation to Gary and I to visit you in Washington D.C., we may just take you up on it.