President Obama – A Case of Homophobia 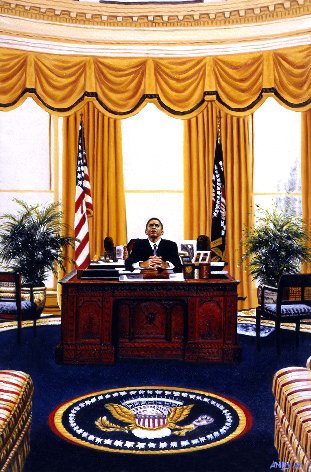 The headline to my blog may seem harsh considering the pre-election rhetoric and the mostly pro LGBT climate that the Obama Administration has taken on several issues. However, in the final analysis, the recent support of DOMA (Defense of Marriage Act) shows that this Administration supports a separate but equal status for its LGBT citizens.

We all know that such a status translates to second class citizenship.  As reported on the Human Rights Campaign web site pertaining to the Administration’s defense of DOMA:

HRC also has grave concerns about the arguments that the Administration put forth in this case, arguments that simply do not reflect the experiences that LGBT people face or the contributions that they make. The Administration’s brief claims that DOMA is a valid exercise of Congress’s power, is consistent with Equal Protection or Due Process principles, and does not impinge upon rights that are recognized as fundamental.  The brief further claims that DOMA is a “neutral” federal position on same-sex marriages, and permits the states to determine on their own whether to recognize same-sex marriages. The most alarming argument grounded neither in fact nor in law, reads as follows:

[DOMA amounts to] a cautious policy of federal neutrality towards a new form of marriage. DOMA maintains federal policies that have long sought to promote the traditional and uniformly-recognized form of marriage, recognizes the right of each State to expand the traditional definition if it so chooses, but declines to obligate federal taxpayers in other States to subsidize a form of marriage that their own states do not recognize.

“Same-sex couples and their families are not seeking subsidies,” said HRC President Joe Solmonese.  “We pay taxes equally, contribute to our communities equally, support each other equally, pay equally into Social Security, and participate equally in our democracy.  Equal protection is not a handout.  It is our right as citizens,” he said.

Furthermore there also seems to be a concerted effort by supporters of this administration and even by some within the LGBT community to leave the marriage issue by the wayside and to not ruffle the feathers of a supportive White House and to focus on less controversial LGBT issues like health care, etc.

I recognize that President Obama has made major inroads for the LGBT community.  However, his self-admitted preference for a heterosexual definition of marriage is now showing in his public policy.

No matter how positive he has been towards our community, this President still suffers from homophobia.  In the end he does not have our best interests at heart. His mantra of change in America really does not fully include us.

He has thrown the responsibility back to the states and has tried to give the old Pontius Pilate washing of the hands in the DOMA brief but it only shows us that we must word even harder, smarter and yes louder. We must unite with strong fearless political advocates like Gavin Newsom who, unlike Obama, truly believe that we deserve full equal rights.

During this month of Pride, let us be more resolved to engage our congressional leaders and to hold our President accountable. We must remember that we stand on the shoulders of countless and nameless individuals who have fought long and hard for our equality. They would take nothing less than that.

One day we will be able to overcome the bigotry, even that which exists in the highest office of this land, so that every citizen in the country could pursue every available privilege equally irregardless of race, gender or sexual orientation.