Saying Goodbye to John on the Open Sea 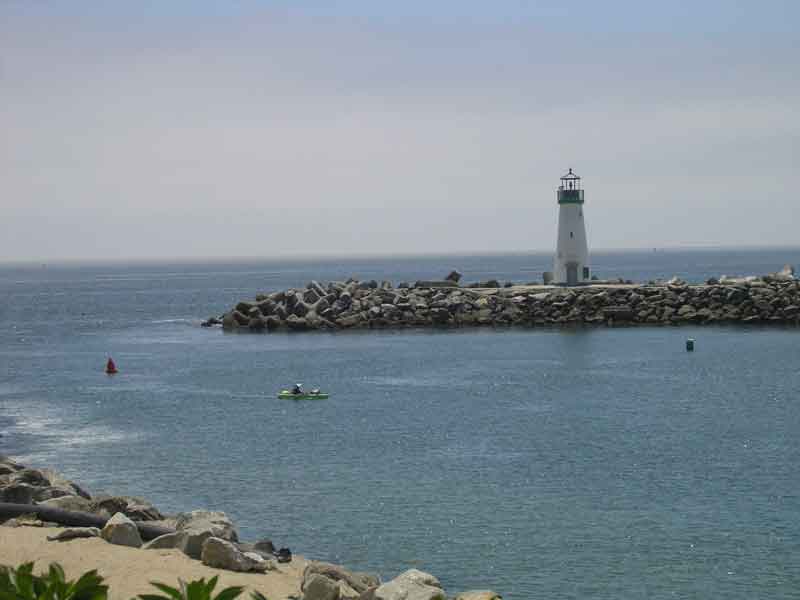 The small yacht made its way out of the marina at Santa Cruz carrying a group of about 20 passengers. The yacht was named the Beach House. We were on it carrying the ashes of our dear friend, John. It was his request to have his ashes spread out on the ocean that fronted the city that he loved and lived in when he was younger, the beautiful Santa Cruz.

The cold air whipped our faces as the fog cast a gray hue over the sky reflecting the sadness in our hearts as we said our final goodbye to our friend.  The sea was relatively calm and all that cross my mind were memories and images of John.

John was a regular at our monthly poker games held at the home of our friend Rick. He was one of the reasons we started these games.  John was outgoing, opinionated, loud and had a big heart. We were a group of mostly gay men who gathered together not only to play a game but to bond in a tight friendship that cemented over the years.

John’s partner was Steve.  Steve and I were both from Guam and actually attended the same Catholic Junior High. There was a connection. John would always good-naturedly tease us about our island home.  He loved Steve.  Both of them came out of marriages to women.  They both had children. So their journeys were similar and they found each other.

John found out this past year that he had a tumor in his brain.  It was cancer and that it was terminal.  We saw our friend undergo chemotherapy and other treatments and lose the fight. He was courageous to the end.

The yacht stopped about a mile offshore near a buoy where seals competed to sit on whatever space was available on it. Their off and on barking can be heard in the distance. The boat rocked rhythmically with the waves that rolled regularly beneath us.

Some of John’s children, his ex-wife, Steve, Steve’s ex-wife and Steve’s daughter and son-in-law spoke.  Our friend Rick said a few words.  Tears flowed. Most speakers took a cup of John’s ashes and poured them into the ocean, each pouring followed by a yellow stem rose. At the end, Steve poured out the remaining ashes.  There was sadness and a beauty to the moment.

The yacht circled about and on its return to shore I could see a trail of yellow roses on the oceans surface.  Our friend John was forever joined with the sea he loved.  His soul was free to the universe. Our hearts were filled with him where we will keep him forever.

5 thoughts on “Saying Goodbye to John on the Open Sea”