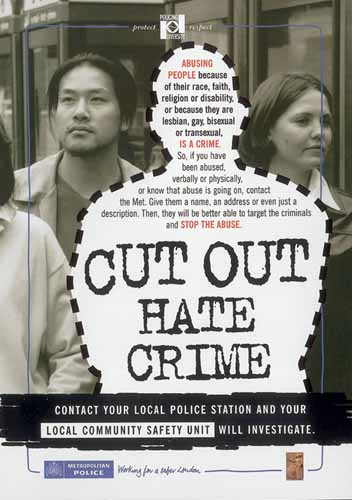 This past Thursday, a measure that was included in a defense budget bill that included protections against hate crimes for persons regardless of  sexual orientation and gender identity passed the House of Representatives.  It is also slated to pass the Senate.  The White House is committed to sign on it.

It is about time.

It has taken this long and under a one party majority to make it happen.  This speaks volumes to the state of bigotry that has existed in this country against the LGBT community.  It also celebrates the victory and rewards the sacrifices ( literally the martyrs) of the many who were all part of the united fight,  straight and gay, to finally make a law like this happen on the federal level.

This demonstrates the power of the grassroots movement for civil rights and equality for LGBT citizens.  This is one step forward of other major steps that still need to be taken.

Addressing Hate is a big step.