Adam Lambert Burns Up The AMA’s 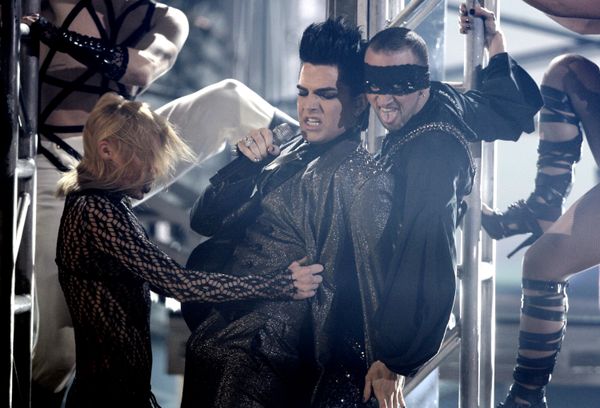 There is one thing about Adam Lambert, when he does a performance he really puts it out there and people talk. I am sure that people are either going to love or hate his AMA performance  but boy will they be talking about it.  I mean he stole the stage from everyone, including Lady Gaga.

This is pretty good for the kid who placed First Runner Up in last season’s American Idol. He  took a track called “For Your Entertainment”  from his new album to be released Monday, Nov. 23rd today!!! and cranked it up several notches for the stage.

America, you have not seen anything yet. Lambert mania has just begun!

He just burned up the AMA’s and is ready to set the world on fire!