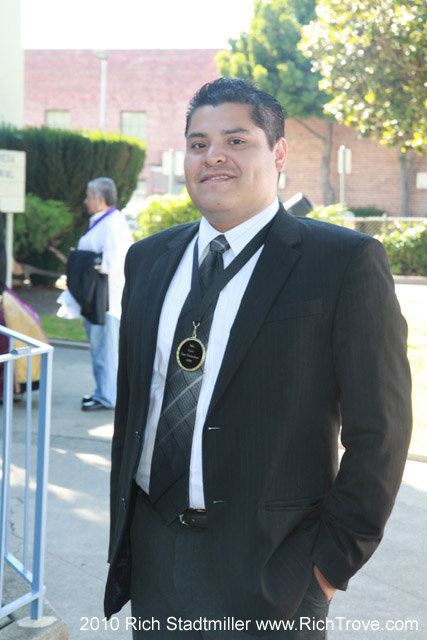 If you walk into any gay event or any gay bar in San Francisco and hear this loud joyful laughter resounding in the air and filling the room, you can almost bet , Mr. Gay San Francisco 2011, Moses Garcia is there.

That laughter only reveals the big heart that this young man has,  which garnered him the hearts of many who he won over.   He immediately embraces those he meets and makes them feel like they are the center of attention while thanking them at the same time for joining the party,  even if he is creating one on the spot.

Moses is not the stereotypical gay prototype that seems to be portrayed in the media. You know the kind.  The kind of gay men that are so narcissistic that they would rather look at themselves in the mirror and drown in their own hype then really care about helping  community  causes.

Moses has tirelessly worked behind the scenes and in front of the scenes supporting many events that were geared to raising funds for needy organizations and services.  It was that kind of fortitude plus his special kind of flair that merited him Mr. Gay San Francisco 2011.

So far during his reign, I have seen him worked hard,  and many times on his own, to make sure events get executed well so the different charities get the maximum monies raised as possible.  Moses really is intent that the charities received the help they deserve.

He and his partner, Alan Toomey are always seen working tirelessly at these events and really helping some of the performers get ready.  They also provide a lot of needed support to production.

I personally know Moses and consider him a friend.  We are brothers in San  Francisco’s Haus of Coxxx.  I feel we are fortunate to have him as our Mr. Gay San Francisco 2011.

One thought on “Mr. Gay San Francisco 2011 – Moses Garcia – All Heart and Laughter”