Chad Boseman as Jackie Robinson in 42

It is appropriate that a hero will emerge from something as American as the baseball diamond.  “42”  is a film that retells the story of one of the greatest baseball players, but it is also the story of one of the greatest American heroes.  In many ways, Jackie Robinson was in the right place at the right time with the right amount of skill sets , determination and courage to fulfill a role of trailblazer.

He was not only making the way for African Americans to play in the Major Leagues but he was also setting the first inroads to realizing full civil rights.  The story portrays an honest unrelenting view of the racism that existed but also shows the support Robinson received from those who opened doors for him.  You are reminded that making real change is a concerted effort of many people.

You also see the evolution of individuals as their attitudes change as they got to know the person of Jackie Robinson.   He maintained such a professional demeanor despite the horrendous reaction of vileness heaped on him every time he played.  It was not easy. It took true courage and restraint.

The  movie also showed what a great baseball player he was and how , ultimately, that was what it was all about.  It was not the color of his skin that counted it was his skill and could he help them win the game.

There are many poignant moments in this movie because it really digs into what makes us segregate others who are not like us.  It is a reminder of our history but also an indictment of how we approach each other today in many ways.  Bigotry and all kinds of isms have not left us. We still have a lot of work to do. 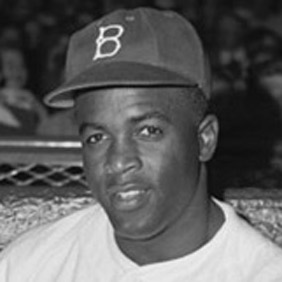 Chadwick Boseman as Robinson not only captures the essence of the man but really looks like him.  He proves his acting chops as a proud man who knows his worth and his skills , and yet must take a lot of the proverbial crap, for the greater good.  Harrison Ford who plays Branch Rickey, the owner of the Brooklyn Dodgers, who recruited Robinson and mentored him as a trail blazer.  He was great in his role also and it was nice to see him on the big screen.

This film really captures this compelling story which is about a national treasure.  It is our legacy.  The number 42 was the only number in Baseball that was retired showing what a great impact that  Jackie Robinson had on baseball and on this country.  It also shows how breaking down barriers in professional sports has an impact on our whole society.

This film honors a proud moment for baseball and an American Hero.   Do yourself a favor and make time to watch it.  It will stay with you.