American Idol Sets The Tone For The Final Season

Whatever you think of this once great juggernaut of a show, you cannot deny its impact on television and the music industry.  What started out as a novel interactive tv experience invoking audience participation in determining the how long contestants lasted in the competition, emerged as a force for entertainment in America’s selection of Kelly Clarkson as the first Idol  winner. 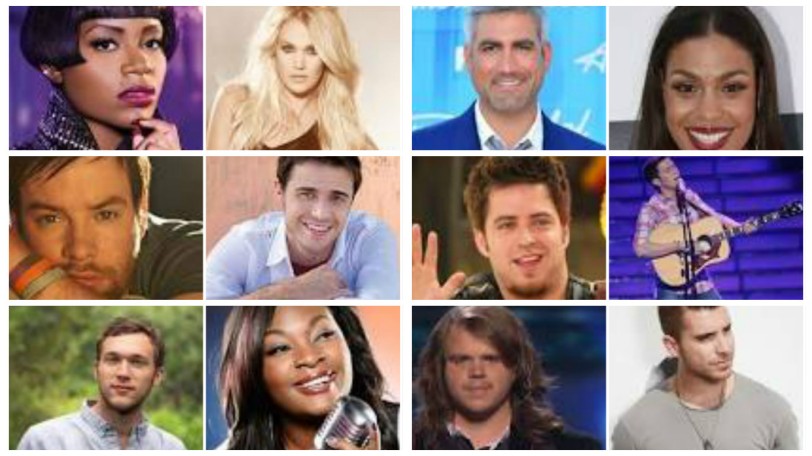 Grammy, Tony and Oscar winners were given birth in this process and we saw all of it happen before our eyes.  America made them stars.

Carrie Underwood,  Adam Lambert, Jennifer Hudson, Jordan Sparks, Phillip Phillips, Daughtry, David Archuleta, Scotty McCreery, Katharine McPhee and Clay Aiken are all Idol Alumni , who with their peers, are all stars in their own right with longevity.

iTunes and music sung during the competition often are chart toppers.  Even the notorious, awful auditions have garnered some instant celebrities (aka William Hung), even for their 15 minutes of fame.

American Idol has launched other similar shows that have also become viewing favorites and their chief competitors.

I have followed and watched all Idol seasons.  I still love the show as it has ebbed up and down in ratings.  It’s a place I have invested my time and votes.  I feel a part of the journey of the hundreds who have competed and those who have found success.  That’s the secret. These stars that have emerged from this process were helped by my vote. We will forever be connected.

So when the series ends this year and the final Idol is selected, I will be wistful knowing that I will not see another group of contestants reach for their dreams next year. However, long after the lights come down,  American Idol’s influence will continue to impact both television and the music industry for decades to come.