There is more than record deals that can come out of the # 1 singing contest in America,  this year the American Idol, David Cook , has found romance.  The object of his affection is Kimberly Caldwell, former American Idol season 2 finalist , now Co-Host for Idol Chat and Idol Tonight on TV Guide Network.

During this past Idol season, Caldwell made no bones on air that she was a Cook fan and so there was some anticipation for Cook and her to finally meet face to face.

Since his win,  Cook has managed to maintain his relationship with Caldwell despite the media blitz and the summer tour.  Since another American Idol’s (Rueben Studdard)  recent marriage,  fans will be very interested in the progress of the “Cookwell” relationship! 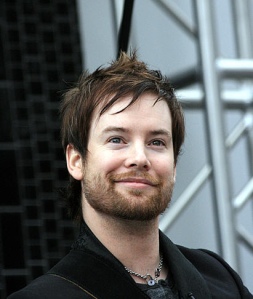