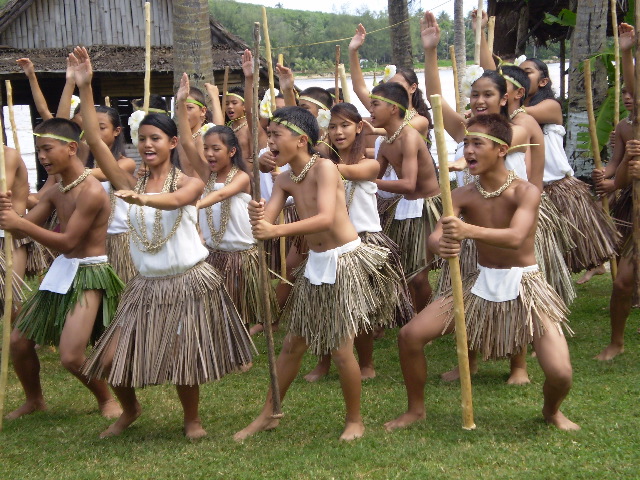 The Chamorro culture is known for its songs and dances, and when Spanish explorer Ferdinand Magellan landed on Guam’s shore in 1521 it evolved into a presentation of Spanish, Filipino, and differing characteristics of styles from people in neighboring islands. Natibu Dance Company instructor Benjie Santiago says it’s Natibu’s goal to represent the indigenous people of the island of Guam through their bai-la and dandan interpretations.

Two traditional dances that trace back to both the Spanish and Filipino influences are the salteez and batsu. Santiago says today’s adaptations can be seen through the movements performed in the upper torso. “Chamorro dance back then wasn’t very expressive,” he explained. “But it’s up to us as teachers of dances to perpetuate our songs through interpretative movements we feel will best represent a phrase that word, that song.”

In terms of music, Santiago says the distinction between Filipino and Chamorro compositions is the choice of musical instruments. “In the Filipino batsu you hear a lot of basically harmonica and maybe the accordion and we do have accounts or recorded accounts of the accordion used. I have seen the accordion used in different exhibitions for the batsu, especially for the Chamorro batsu,” he said.

Modern Chamorro dances have evolved through the years. Santiago says many local dance troops are integrating Polynesian and Micronesian styles that can be seen in dance presentations at parties, hotels and cultural events. “Again, we as Chamorro people are very hospitable and we embrace everything from the Filipino, the Micronesians, to the Spanish, and now you even have the Hawaiian dances coming into the influence,” said Santiago.