The Yawn that is the New Season of Desperate Housewives

There is something about this new season of Desperate Housewives that is different from the previous seasons. The operative word is B-O-R-I-N-G. Yep, Wisteria Lane has become…well…uninterestingly suburban.

Moving the storyline five years into the future was promising. Fresh innovative plot lines could be started. The characters could be reinvented in very interesting ways. 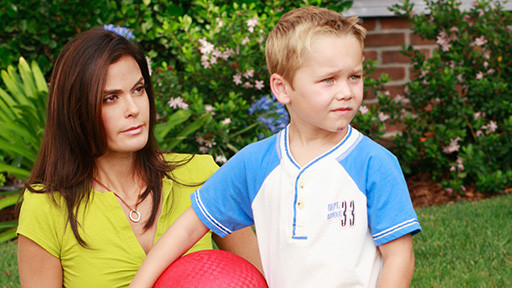 None of that has really happened. For example, Susan (played by Teri Hatcher) finds herself divorced again because of the trauma of a fatal accident her and husband were involved in (what a lame reason, by the way, knowing their history). She is now involved with a younger man (played by Gale Harold formerly of Queer as Folk).  There is no chemistry between them. In fact, her new boyfriend is chummier with her ex-husband Mike (James Denton). They should get together!  Now that will be hot!

Susan’s big drama is protecting her son from the bullying weight challenged daughter of Gabrielle Solis (played by Eva Longoria Parker) and her now blind husband, Carlos ( played by Ricardo Chavira). Their big moment is a semi knock down cat fight between the two women on the front lawn.

Susan (played by Marcia Cross) has an uncomfortable reunion with her daughter (surprise, surprise). Her daughter now has full custody of her son much to Susan’s chagrin. The big conflict scene between then was when Susan’s daughter discovered that Susan had fed her vegetarian son two hot dogs! It was an Emmy worthy moment.  Not! 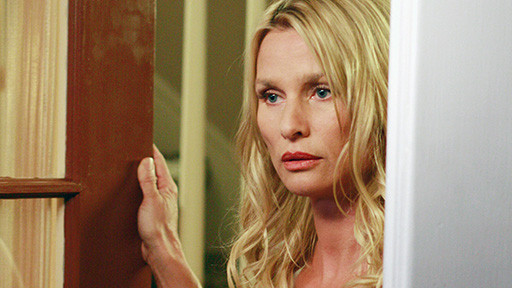 Then there is Lynette (played by Felicity Huffman) dealing with non-communicative teenage sons and husband in mid life crisis. Enough said.

Edie (played by Nicolette Sheridan) is back but her character has been sufficiently neutered by her smiling but mysterious, self help, guru (we know he is crazy) husband. They have moved back to Wisteria Lane at his insistence.

Golden Girl Nancy Drewish, Karen McCluskey (played by Kathryn Joosten) is on the case with her suspicions about Edie’s hubby aided by Katherine (played by Dana Delaney). This is the only story line that has some semblance of Classic DHW.

However, if something does not happen soon to the writing on this show the already declining ratings will get worse. Many, like this viewer, will take the detour away from Wisteria Lane.