An Open Letter to the Mormon Church About Prop. 8 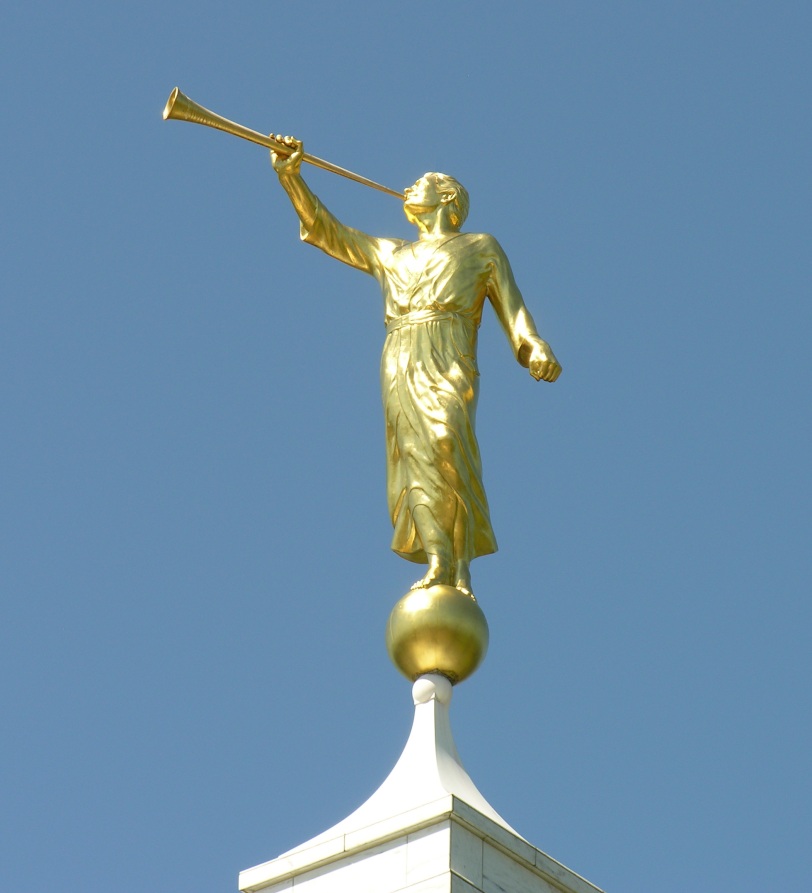 To the Mormon Church,

Your efforts in garnering both financial support and utilizing your religious institutional influence to galvanize your membership (both inside and outside the state of California) to support the passage of Proposition 8, has revealed the Church’s intent to force its agenda on to the political landscape.

You have been vocal and have proclaimed to the world in no uncertain terms that your beliefs center on the family built on the foundation of marriage between husband and wife – a man and woman only.  This is driven by your eternal concept of marriage between a man and woman (in your eternal theology a man and women) as the highest possible existence of eternal happiness and exaltation in your Heaven.  Well, you are entitled to your beliefs. It is America, after all.

However, to launch an institutional campaign along with the fundamental Christian groups into our government election process is not right. No matter what legal loop holes or precedence is cited, organized religion should stay out of government and the politics.

Ironically, some of the vicious attacks against the early Mormon Church or more correctly, The Church of Jesus Christ of Latter Day Saints, were by fundamental Christian groups working the machinations of government to destroy it. I guess the Church has taken some lessons from its former enemies.

Of course, there is a bigger picture to this than simply fighting the gays. You, The Mormon Church or Latter Day Saint Church believe you are the literal restoration of the Church of Jesus Christ on earth with His full authority.  In fact, when your prophet Joseph Smith had his First Vision, he was reportedly told by God the Father and Jesus Christ that none of the Churches on the earth (including every Christian Church) were true and that they were an abomination in their sight.

18 My object in going to inquire of the Lord was to know which of all the sects was right, that I might know which to join. No sooner, therefore, did I get possession of myself, so as to be able to speak, than I asked the Personages who stood above me in the light, which of all the sects was right (for at this time it had never entered into my heart that all were wrong)—and which I should join.

19 I was answered that I must join none of them, for they were all wrong; and the Personage who addressed me said that all their creeds were an abomination in his sight; that those professors were all corrupt; that: “they draw near to me with their lips, but their hearts are far from me, they teach for doctrines the commandments of men, having a form of godliness, but they deny the power thereof.”

With your belief  that you are Jesus Christ’s only true Church on earth, and the only one authorized to act on his behalf as far as the affairs of men, I am sure your actions, as far as Proposition 8 are seen by you as divinely inspired.  Pouring all the millions of dollars into advertising and calling up your members to action in the spirit of that mission, you see as part of God’s plan.

I am sure that was his plan back in June of 1978, when you finally allowed black men to hold the Priesthood in the Church. Somehow before that  date,  your Jesus felt all Black men were not worthy to hold it.  Some of your former leaders over the pulpit have mentioned that it had to do with what they did in their pre-existent spirit state and that while on this earth they would not be able to exercise leadership in the church until 1978. Then all of sudden, in a revelation to your prophet, the Lord said it was time. I also know that the Church was growing into a lot of Black nations and you needed leaders. The Lord is practical after all, I guess.

Oh yes, Utah was also one of the last states to make interracial marriage legal. Also, one of your books of scripture speaks of a dark and light skin people.  The dark skin people were prophesied to become “white” and delightsome when they heard the gospel and accept it.  Oh yea, you later changed the word “white” to pure.  You felt that would help clarify the meaning of it. That clarification took a while didn’t it?  You Mormons sure have an obsession about the color of people’s skin.

Your Jesus was also practical back in 1890, when the Church discontinued polygamy, which was an eternal law.  However the U.S. Congress forbade it. I think the Church still believes in it for heaven but not practicing it for the time being on earth.  Of course, there are those pesky splinter groups in Southern Utah, Arizona and Texas. This is because your prophet at the time saw a revelation where he said,

“The Lord showed me by vision and revelation exactly what would take place if we did not stop this practice. If we had not stopped it, you would have had no use for . . . any of the men in this temple at Logan; for all ordinances would be stopped throughout the land of Zion. Confusion would reign throughout Israel, and many men would be made prisoners. This trouble would have come upon the whole Church, and we should have been compelled to stop the practice.” (EXCERPTS FROM THREE ADDRESSES BYPRESIDENT WILFORD WOODRUFF REGARDING THE MANIFESTO, Doctrine and Covenants, Official Declaration 1)

Now, back in the 1970’s you were one of the most outspoken and politically active groups against the Equal Rights Amendment for women.  You used the same argument that you are using in the current debate that the passage of that amendment would have also undermine the family and that it will actually work against women.

Apparently motherhood is their calling. Not to downplay motherhood, because I agree that  is a noble endeavor, but I have a hard time seeing that women would not make good priesthood holders since there are now many examples of great women ministers and leaders across other churches. Jesus only knows, I guess.

With your spotted history in dealing with minority group rights within and without the church, your current political campaign with Proposition 8 is of great concern.  The polished All American image that the Mormons have carefully crafted into the consciousness of America over the decades is simply a veneer to an antiquated pioneer, patriarchal, bigoted religious system that is holding on to a power base for its purposes.

You do not know the wonderful gay and lesbian couples who have loving and caring relationships. They do not deserve to be marginalized by you through the lens of your religious beliefs that I frankly find rooted in bigotry and not remotely Christ-like.

You are doing more to spread hatred and to plant the seedlings that cause more violence and discrimination.

You have no business trying to influence the political debate according to Mormon beliefs no matter how divinely inspired you think you have been appointed to act on this measure. Organized Religion has to be separated from Government.

There is more at stake here then gay rights.   There is the growing influence of a politically powerful, despotic Church riding on the coat tails of an ignorant fundamental right wing tide.

It is time we close our door to the Mormon Church to our political business and our doors to their gospel of exclusion.

Vote No on Proposition 8!

16 thoughts on “An Open Letter to the Mormon Church About Prop. 8”