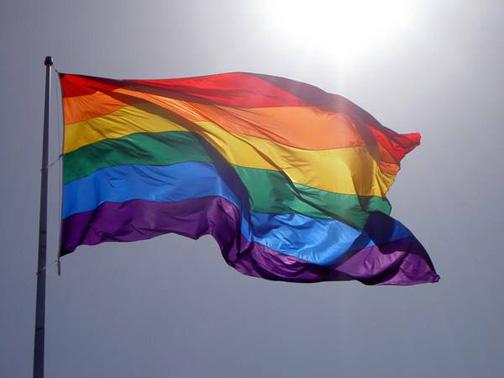 We are in the middle of the month of October which has been designated as National GLBT History Month. For each of the 31 days of the month, a GLBT hero is honored and showcased.

Here is the list made by the Equality Forum.

2. Stephen Sondheim — Tony-, Oscar-, and Pulitzer Prize-winning Broadway composer and lyricist. His works include A Funny Thing Happened on the Way to the Forum and Sweeney Todd.

3. Gianni Versace — Trendsetting fashion designer who designed for the jet set before his murder in 1997.

4. Sheila Kuehl — In 1994, Kuehl became the first openly gay person elected to the California legislature. In her youth Kuehl played the role of Zelda in the TV sitcom The Many Loves of Dobie Gillis.

5. Tennessee Williams — Tortured playwright who wrote unforgettable works like Cat on a Hot Tin Roof and A Streetcar Named Desire.

6. Alice Walker — Author and feminist who won a Pulitzer for her groundbreaking book The Color Purple.

7. Greg Louganis — Olympic diver who took home the gold at the ’84 Olympics in Los Angeles and the ’88 games in Seoul.

8. Bertrand Delanoë — This Paris mayor has a reputation for honesty as he backs environmental and LGBT causes in the City of Lights.

9. Margaret Mead — American cultural anthropologist who remains a legacy in feminist history. Her views helped to advance the sexual revolution of the 1960s.

10. Mark Bingham — Hero of 9/11; Bingham was one of the brave fliers believed to have overpowered the hijackers on United Flight 93 and saved the U.S. Capitol from being attacked.

11. Cleve Jones — An intern for Harvey Milk, Jones founded the San Francisco AIDS Foundation and is best known for the creation of the AIDS Memorial Quilt.

12. Jann Wenner — Editor of the influential Rolling Stone magazine, which has been publishing for over 40 years.

14. Margarethe Cammermeyer — A colonel in the Washington National Guard who became a gay rights activist after being discharged from the military for being gay.

16. Melissa Etheridge — Platinum-selling, Grammy- and Oscar-winning musician whose hits include “I’m the Only One” and “Come to My Window.”

17. Gene Robinson — Bishop of the diocese of New Hampshire in the Episcopal Church. Robinson was the first openly gay, noncelibate priest to be ordained a bishop in a major Christian denomination.

21. Tony Kushner — Pulitzer- and Tony-winning writer of Angels in America, an epic play about AIDS in the 1980s.

22. Rosie O’Donnell — Outspoken comedian and actress who anchored her own talk show and starred in A League of Their Own and Sleepless in Seattle.

23. Philip Johnson — Provocative architect who came out in 1994, when his biography was released. Johnson is the founding director of the Department of Architecture at the Museum of Modern Art in New York.

24. E.M. Forster — English author who explored sexuality and class differences in novels such as Maurice and Howard’s End.

25. Randy Shilts — San Francisco journalist and author who wrote The Mayor of Castro Street: The Life and Times of Harvey Milk and And the Band Played On: Politics, People, and the AIDS Epidemic.

26. Allen Ginsberg — Credited with coining the term “Flower Power,” this poet and songwriter is best known for his book Howl and Other Poems.

28. Bill T. Jones — Dancer and choreographer who worked with his partner of 17 years to create such moving performances as Still/Here, dealing with HIV/AIDS.

29. Andy Warhol — One of the most influential artists of our time, Warhol created the movement known as Pop Art.

31. Michelangelo — Italian Renaissance artist best known for his sculpture David and his artwork on the ceiling of the Sistine Chapel.

As a civil rights non-profit organization, the Equality Forum (http://www.equalityforum.com/index.cfm) is using the month of October and the Hero a day concept to promote knowlege of gay achievement.