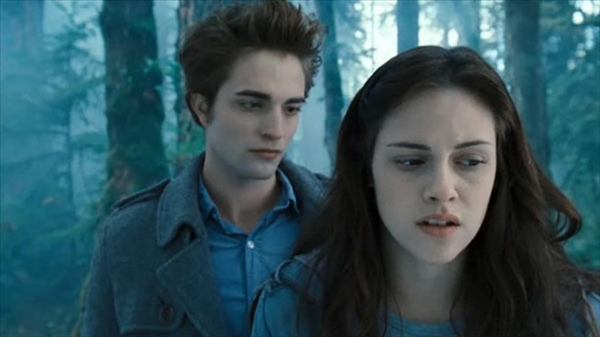 I just finished watching the movie, Twilight, with my partner, Gary.  I have not read the books. I am the father of three daughters who have read all of the series by Stephenie Meyer. They loved the books.  I am in the middle of reading Host, a science fiction book, by the same author. I can tell you from reading that book that Meyer is a gifted writer.

After watching the matinee at Jack London Square in Oakland, I came away feeling really impressed with the movie.  I can only imagine how good the book was, which gives credence to my daughters’ endless praise and their genuine fandom of Meyer’s writings.

This tale of teen angst and vampire lore is intelligent and layered with a storyline that is compelling which keeps the audience’s interest throughout the film. It is storytelling at its best. I can see why my daughters love the books. It has a strong handsome male hero with enough danger to fulfill any girl’s romantic fancy, but it also has n intelligent young woman central character. 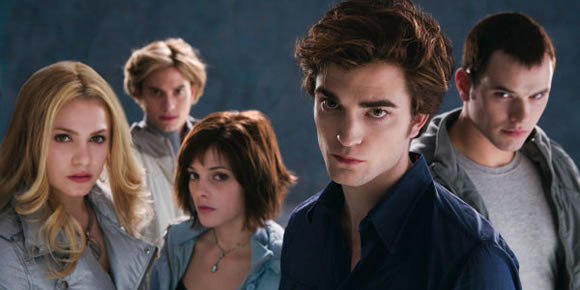 I found the film appealing because of this world Meyer has created in our modern world that lies beneath our reality that is fresh and does not lose the story of the characters to the fantastical.

Robert Pattinson is cast perfectly as Edward Cullen, the vampire drawn to Bella Swan, played also perfectly by Kristen Stewart. The chemistry between these two actors inflames the screen as their sexual chemistry underlies the blood dance that they play against each other.

Like the power that vampires can exert over humans, the movie is able to seduce the audience craftily into a world where tribal rules of werewolves and vampire clans exist. It is a world where there are vampires who have sworn off human blood, only keeping to animal blood, “the vegetarians” of their kind.   There are even vampire baseball games in lightening storms!

Twilight is not just a teenage girl movie. Meyers has created a world that has now been put on film that is for a family (with children over 13 years old) to see and enjoy. Twilight is a perfect holiday film to enjoy between the Turkey and the shopping.