Getting Involved – Being an American Citizen 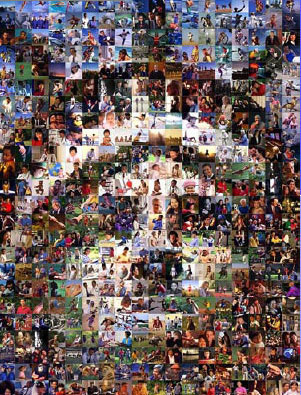 One of those the areas of my life that has been regenerated during the campaign and the eventual inauguration of President Barack Obama is my desire to be actively involved in my community.

We have lived in an age of isolationism where the attitude of “us against them” has been perpetuated to such a degree that we have reverted to a contemporary Middle Ageism kind of mentality. We play the blame game so much and expect our problems to be resolved by others. It is easy to sit in the sidelines and enjoy the growing obesity of our self righteous inactions. We expect something to be done without doing anything. We have become a generation of incessant whiners even while everything around us collapses at its foundations.

The new President has stated that the there is not room for idle hands. Yes, even in these hard times, we need to be involved. That means we need to be engaged as parents in our children, in our schools, in our towns. We need to make the time to do charitable work. We need to make time to make sure that we doing everything we can to protect our environment and to wisely use our resources. We cannot live in isolation. We need to really understand what it means to be an American Citizen. It does not mean whining. It means doing.

I have become more involved and it has changed everything for me. I have only started. It has enlivened my life even as we face these hard economic times and even as wars loom abroad. I have been emboldened by the fearlessness of our new President to meet the challenges ahead.

Whatever difficulties may lie ahead, there is something in the promise of citizen action that is the soul of this great country, which lays out a future that will be much better than before… and can only be built by our collective involvement as citizens.