Twice the age of his opponents, in a season where we saw this consummate entertainer struggle with some dance routines and then grow week after week, Donny Osmond won Dancing with the Stars. 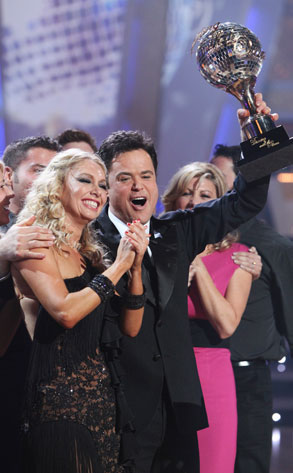 Donny Osmond on Dancing with the Stars (ABC/ADAM LARKEY)

This teen throb from the seventies who has reinvented himself decade after decade proves once again that  being in your early 50’s does not mean it is over in winning dance competitions or in show business.

Kelly Osbourne is also to be commended for her efforts as she placed 3rd, clearly a crowd and audience favorite and singer Mya,  placed 1st runner up.

2 thoughts on “Donny Osmond Wins Dancing with the Stars”