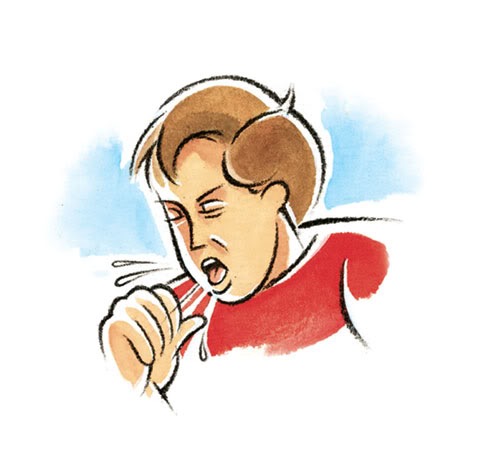 Two weeks ago it started,  that tickle in my throat followed by some slight coughing.   A office colleague had gotten it earlier and it went around the office until I got it.  At first, I blew it off thinking I would be over it since there was no fever associated with it.

Was that the wrong assumption!

The cough only got worse.  I started taking some over the counter cough medicine.  Nothing seem to work. The coughs increased in intensity, keeping me up at night.  When I was out at night socially, I could not concentrate , since I felt the coughs affecting my respiratory system.  All of a sudden I was faced with an old childhood nemesis.  Asthma.

I was coughing up mucus and the coughs were violent enough that the sides of my body were in pain constantly from the hard convulsive like movements. I barely made it through Christmas.

I finally made it to a doctor who informed me that this type of cough was making its rounds and was affecting people in many ways.  I was being affected more acutely because of my asthma vulnerability.   He prescribed an inhaler, antibiotics, codeine and allergy medicine which began to relieve some of the more acute symptoms immediately.  So I am on the road to full recovery.

2010 has been certainly an interesting year and in this joyful season, it is certainly ending with a difficult punch as has been the theme for the year.  Looking forward to a healthier and better 2011!

2 thoughts on “Oh Joyful Season and That Holiday Cough!”