Something Borrowed – Light , Romantic Comedy With Some High Notes 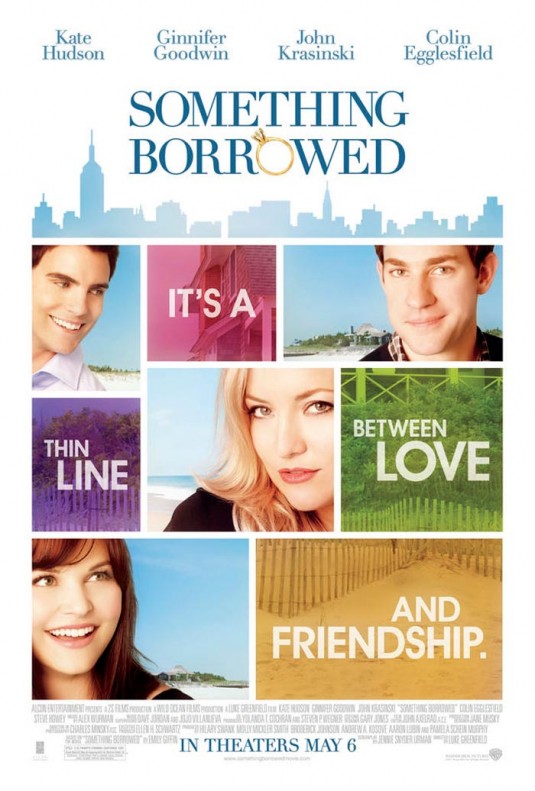 Something Borrowed is not set up to be a dramatic piece with a groundbreaking plot.  It is a romantic comedy.  It has all the formula you expect in such movies but I was surprised by some of the elements and consider it a likable entry to  a season that produces a dozen or so of such films.

It is about two best girlfriends who like the same guy.  One is set on marrying him and the other plays the one who  always give in to the other one.  Yes, we have all seen that plot line before.   However, the movie has enough twists and comedic touch points that it is engaging.  The characters are likable. 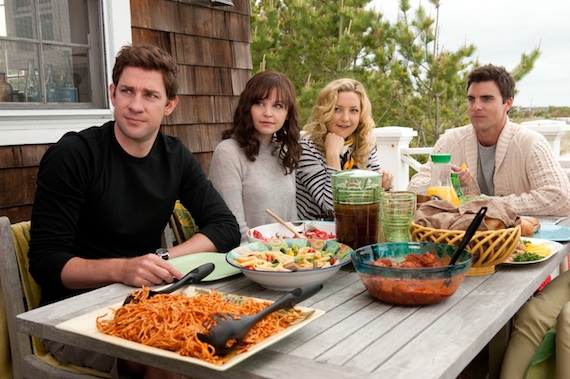 One particular standout is John Kransinski who plays Ethan and is the guy best friend and the voice of reason to main character , Rachel, played by Ginnifer Goodwin. I felt the chemistry between the two of them was the most palpable on screen.   Kransinski also has the most strength comedy wise in his delivery.

Ginnifer Goodwin also is very winnable to an audience as that girl next door type.  Kate Hudson as best girlfriend, Darcy, also fires up the screen with her hot mess performance.

The plot could have charted to a more realistic ending considering what kind of  events that occurred in the lives of these people, but that would have been a different movie with no laughs at all.  To true romantic comedy form it ends with some twists but you leave the theater with the expectant lightness of heart.   Awww….

One thought on “Something Borrowed – Light , Romantic Comedy With Some High Notes”