The Dancer From Guam – Marko Germar

Fox‘s So You Think You Can Dance continues to be a dance competition hit on television showcasing the best talent the show has seen since it first aired several seasons ago.   One of the  contestants that is definitely a crowd and judge favorite is Marko Germar who is originally from the United States territory of Guam.

He and his dance partner, Melanie Moore, have displayed the strongest chemistry consistently in their routines and have given both consummate performances.  They sizzle together with every movement conveying not only skilled but emotion and character. 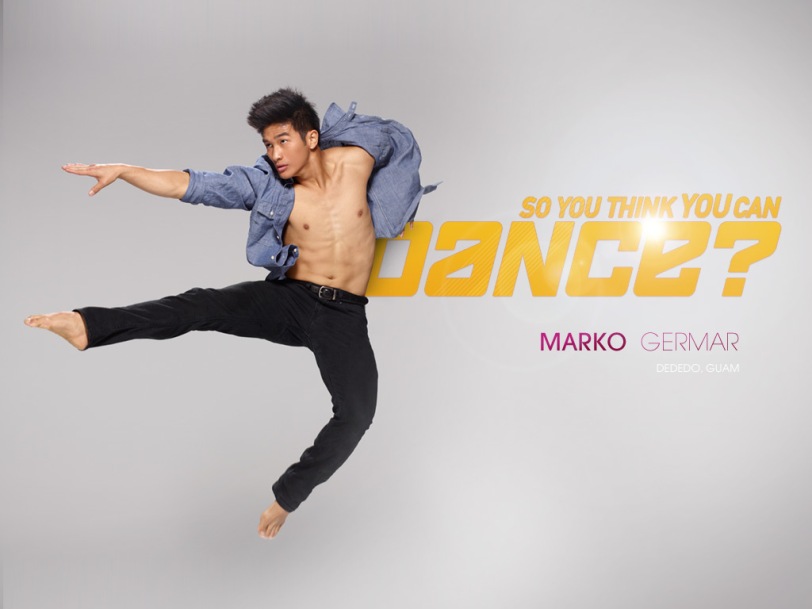 Marko started dance training at the age of 10 spending nine years in DANZJAZZ, a dance studio on Guam.  He is  trained in  Jazz, Ballet, Tap, Hip-Hop, Ballroom and Gymnastics.  Although his training was not consistent due to lack of instructors on the island and sometimes lack of money, he credits his dance teacher C’zer Medina with giving him a work study program to help him.

With tenacity and huge stage presence, Marko is an audience favorite.  He is definitely one of the stronger male contestants and is one of the overall best dance contestants.

At 22 years of age, Marko had moved from Guam to pursue his dancing career.  He was working at Disneyland as a dancer.  In Guam, one of his more interesting jobs was a dancer in drag show.

He actually survived a robbery and gun shot wound ( with the bullet still lodged inside his body).

Well fate and skill have certainly merged with this young man as his star shines brightly on the So You Think You Can Dance stage.  From Guam to Hollywood,  Marko Germar is now known to the world.

2 thoughts on “The Dancer From Guam – Marko Germar”