Alex and Sierra Have the X Factor 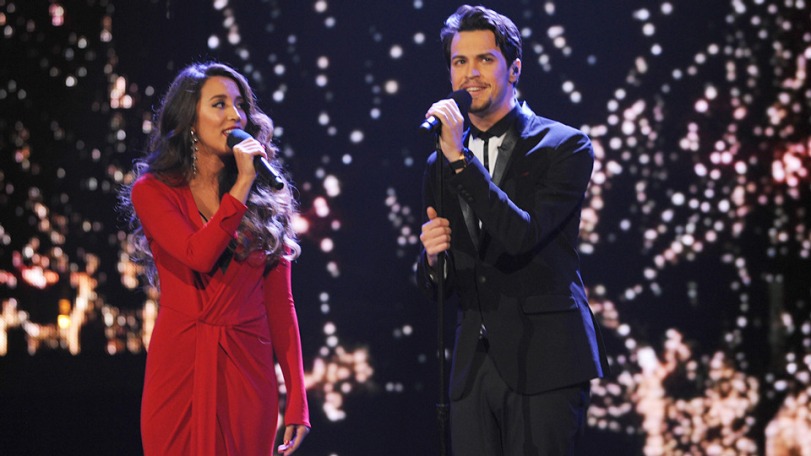 Alex and Sierra, Season 3 winners of the X Factor

X Factor really had a great season.  Last night’s finale proved that if you have great talent , you can also have great entertainment.   There were three deserving finalists,  Carlito Olivero, Jeff Gutt and Alex and Sierra.   Simon Cowell at the beginning of the program called it too close to call the winner.  In the end, Alex and Sierra from his team, won America‘s vote.

The winning duo have wowed viewers with their very unique, beautiful singing talent.  They also had so much chemistry from the obvious love they had for each other.  Put that all together and you have music artists that I believe will be around for the long term.

Runner Up, Jeff Gutt, was my favorite.  His Rock and Roll brand of music not only liven the genre but his vocal range was superior. His performances were off the charts.  Even without the win, I expect a bigger career for him then the other contestants.

Carlito Olivero brings that young Latino pop presence that makes him marketable. He has a great from rags to riches story that the America loved.  Even Cowell said he would sign him to his label.

There is some talk about whether this show will be renewed or not.  If season 3 is an indicator, I believe it will be renewed.  X Factor USA found its own this year. If they go another season, they just need to build on that formula.

There are some changes ahead with Demi Lovato announcing she is not returning as a judge.