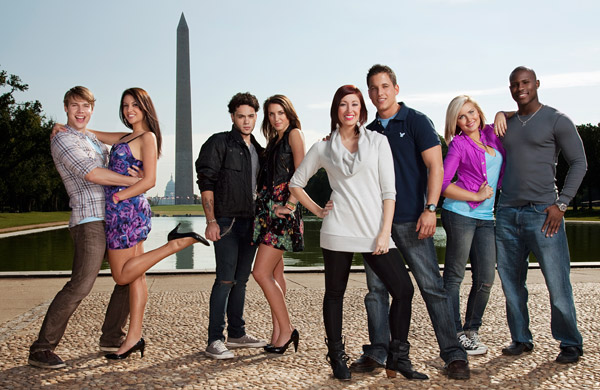 After the rambunctious Real World Cancun,  one set in D.C. needed to really live up to high expectations.  I had imaginations of  an equally divided house of right wingers and left wingers.  You know something with some heavy political twist.  Or maybe really rich kids and poor kids to stir up the mix and bring many socio-economic and political issues to the forefront.  What we got was the usual bag of issues, nothing spectacular, some of it redone.

Sure there  was the religious argument in the first episode that had some promise but kind of disappeared in the second episode.   Then there is the bisexual storyline running with Emily and Mike.  However, that deserves, well…a yawn. Andrew, the boy who wants to get laid, is an after school special at best.

Maybe the show will get better with more episodes. However,  during a time when more voices of young people need to be heard on important life issues, I wish that with some of the relationship struggles , the show would return to some of its issue driven roots in a very real way.

Because, if I wanted to watch a guilty soap opera there is always Jersey Shore or Gossip Girl.