Talk about a meteoric rise to fame without a Hollywood machine behind him.  All he did was post a You Tube video that went viral and with a web site and a face book account, he has garnered the attention of millions.  On one of his videos , he has already clocked 4 million + views in less than a couple of weeks. He is Craigery Morgan.

This handsome muscled young man ,who often performs shirtless, is not just another good looking hunk trying to get You Tube fame based just on looks but turns out to be somewhat of a comedian…a really good one.  He does character pieces that are so well executed that with very little props you are left busting out laughing literally on the floor.

He has that Jim Carey, Robin Williams, Paul Lynde, Martin Short and Carol Burnett kind of talent all rolled up into one. He uses his looks to get you to pay attention.  He uses his talent to keep you watching.

He either imitates characters from Mad TV, SNL, classic bygone eras and his own original pieces. He does them spot on with his own twist. He is just plain funny! 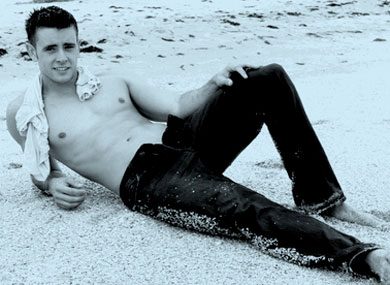 The more I watch each of his video postings the more I am realizing that this 20 year old college student and comedic actor from Florida is not a one hit wonder. We are seeing the emergence of a superstar.   His stardom was created in the social networking medium. Welcome to the 21st century.

I have reposted some of his videos here but I suggest you visit his website or his page on Face book  and really check this great talent out. I am a fan!  You will be too!

One thought on “All About Craigery, That is Craigery Morgan”