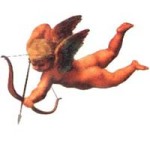 Have you ever met someone for the first time, had a great conversation, and then that person just lingers in your mind? I experienced this during this last weekend.

In the midst of  a weekend that was filled with nights out clubbing and a couple of dates, I met someone.

I was dancing with friends at a club.  I was having the time of my life. Then I saw this person pass me by. He stood out with his blond wavy hair and handsome smile. Our eyes locked on each other a couple of times.  However, I eventually just got caught up with my friends again enjoying our Saturday night.

I had left my coat in a corner seating area so I went to grab it and a tall guy stopped me.  He asked me for my name, and generally how I was doing. He asked me if I was with with friends and I said yes.  Then he told me he wanted to introduce me to a friend of his…the blond wavy haired guy.

I found out he was from Europe and he was in San Francisco getting a culinary degree to pursue a second career.  We had a great conversation.  I was really captivated by him.

All I remember was the music muting behind me and found myself totally focused on him.

We exchanged numbers.  We both had to leave for separate destinations.  We thought we meet for coffee later in the week.

What is amazing is that I have been thinking about him a lot since we met .  He actually lingers in my mind. I have not felt this way on a first meeting with someone in years.

I am not sure what will come of it. I am enjoying the rediscovery of this kind of feeling.

Hopefully, we will  meet again soon.

4 thoughts on “The Lingering”