I have been meaning to write my thoughts down on the wedding since it happened a couple of weeks ago but work and life took over quickly since the event.  Today, I feel I can convey the words.  At least I can try to put what it means to be the father of your only son when he gets married. 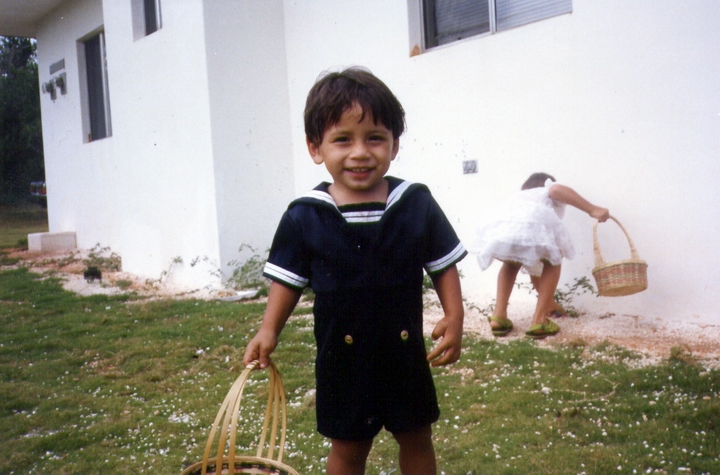 I remember when he was born.   We already had two daughters by then.  We did not know the gender of our unborn baby, so on the day he came into the world and it was announced that we had a son,  I let out a yell in the labor room.  Yes, I did.  It was a very primal father reaction.  I had a son.

It was always my dream since I was younger to have children and especially to have a son.   I had such a hard relationship with my own father. I wanted to develop a relationship with a son that far exceeded what I had.  I even found his name way before I got married.  It was Andrew, which means ” manly.”     Thankfully, my wife embrace the name.

My daughters were my princesses but my son was my little partner.   He and I bonded from day of his birth.    He was all boy.  He loved Ninja Turtles and Superman.   He and I would get on the computer and play computer games, much to his mother’s dismay.  I even got him to play games his mother maybe thought were a little too violent.  But he and I would shoot down evil monsters as a team.  Loved those moments. We had the best relationship.

I remember him running out and grabbing my leg or jumping on me when I cam home from work.  He was always jumping or running.  He was a born athlete.  We lived on Guam for a little while and there were a few times that Andrew would  run out of the house naked as a little two year old  down the street. His mom and I will be chasing him to catch him before the whole neighborhood saw him. I ended up laughing while trying to catch the little streaker.  He was fast.

Our relationship grew stronger and stronger.   Then when he was around 8-9 years old,  his mother and I divorced.  I came out.   The divorce was difficult as it was because of our strong religious background.  My coming out was also kept from the children.  It was the biggest mistake I ever made agreeing with the misguided people around me .

We did not have a great resources to have our children deal with the divorce but it impacted my son more than I would ever realized.  He and I kept really close.   Then I got laid off from my job which required me to accept a position out of state.  That was the second mistake I made moving away to another state from my children.  I know I had to find a job to support them but I wished I could have dug deeper to find one closer to them.

Then when he was 14,someone in a rage of anger and in the most terrible way outed me to him.   He confronted me about it with the most hurt  and confused look ever.   I confirmed it to him.  He heard the news from someone in anger in the most degrading way about his hero.  His father.  He did not hear the truth originally  from me.  It was not under honesty and love that I could have shared it with him.  It unraveled him.

From age 14 -20 . He did not talk to me except for one Christmas where he expressed his anger to me.

Those were dark years for him.   He told me later that he spiraled downward.  Thankfully, he found himself through therapy. We almost lost him.

At 20 we reconnected and we have been rebuilding our relationship.  It is good now.  Much better.   Getting better every day. There has been understanding. Forgiveness. Love.  I found my son again. He found me.  Yes, we still love computer games.

So on his wedding day, my joy was full.  I saw the happiness on his face as he looked at his bride.   He was the exact same age when I was married. Except he was there open and not suppressing anything inside himself. My son faced his demons and found happiness.  All I could feel was joy.

We talked and I could see the boy I knew from years ago.

Pictures of that little boy who used to hug my leg resurfaced in my mind as I watched this young man who now emerges in manhood start his own family.  I could not be prouder of him.  I  love my son.

10 thoughts on “The Wedding”