The Awesomeness of the Final Friday of The Year! 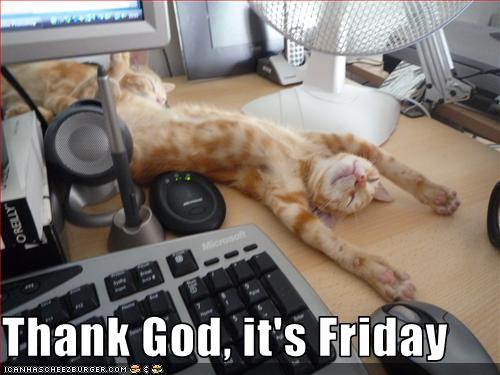 Well,   Can we say, “THANK GAWD IT IS FRIDAY!”  but, moreover,   it is the last f***ing  Friday of 2011!   How awesome is that! ( to quote some of my clean cut Utah bred friends!)   New Year‘s Eve falls on a Saturday so this is going to be one celebration weekend!  That means some of my friends will not even know their own names this weekend.  Some of them may not even know who they wake up to the next day!  You know who you are!

Here in San Francisco, one of the biggest , but maybe not so much anymore, secrets is that the gay bars in the Castro make the strongest drinks in the city for often the cheapest prices.  Most days, happy hours go up to 9 p.m. or even 1o p.m. at nights.   If you are straight and have the balls to hang out with the gays, you really can get your drinks on.  We gays won’t bite , unless you let us, of course.

Also,  Friday festivities already start in the morning here in San Francisco, especially on the last Friday of the year.  There are tons of out of towners roaming the streets trying to get to Chinatown or Bubba Gumps on Fisherman Wharf.   The locals that are still in the city have already set up enough networking events to do pre-New Year warm ups.   Just another excuse to drink.

The homeless guys and gals are wearing Santa hats conjoling you with “Ho! Ho! Ho!”  and   “Bless You!”  for that extra buck to help them get that next bubbly beverage.

MUNI , the underground subway train, is still not running on time.  However, they will run free of charge from 8 p.m. to 6 a.m. on New Year’s Eve  so you won’t need to drive.  You just need to be sober enough to find the MUNI station and make sure you don’t fall unto the tracks.

Tonight and through the weekend there will be dance parties going on at the hottest clubs and even fundraisers at some of them for charities.  Hey ,  if you are drunk already, you would give an extra dollar or two for a jello shot to support PETA!

Most people will have Monday off so that is what is awesome about this Final Friday of the year is that we will have another 3 day weekend!!